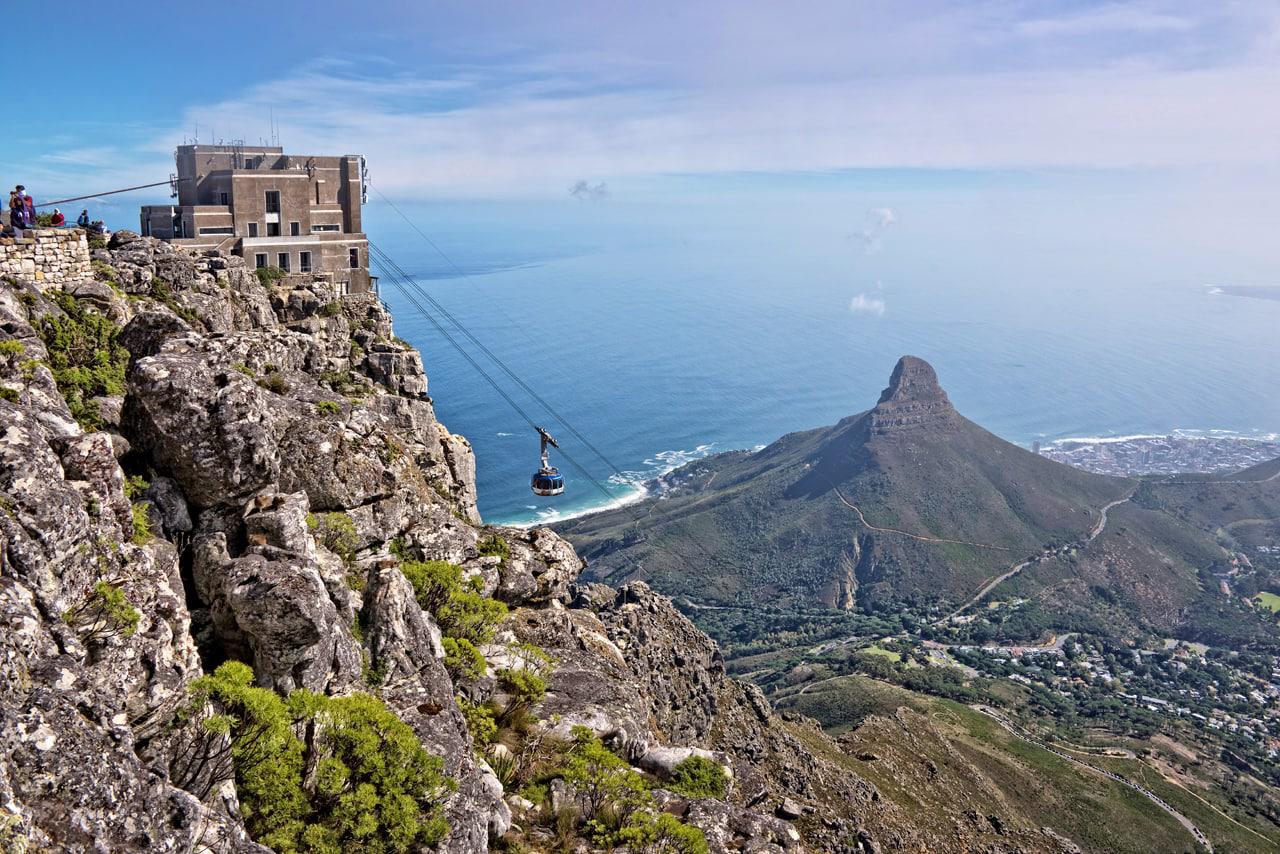 Whether it is covered in a blanket of moody clouds or showing off against a crisp cloudless blue sky, Table Mountain is always spectacular.

Cape Town locals are pretty fond of the mountain that looms over their city… and with good reason! Table Mountain, which is home to the richest, yet smallest floral kingdom on earth, was voted one of the New Seven Wonders of the World in 2011.

Flanked by Devil’s Peak and Lion’s Head, Table Mountain makes up the northern end of the Cape Fold Mountain range. It’s hard to imagine, but the mountain’s distinctive flat top – a three-kilometre level plateau – was once the bottom of a valley! The mountain was given its name — Taboa do Cabo (Table of the Cape) — by Antonio de Saldahna after he climbed up Platteklip Gorge in 1503.

Legend has it that the tablecloth of clouds that pours over the mountain when the southeaster blows is the result of a smoking contest between the devil and a retired sea captain called Jan van Hunks.

Get hold of a City Pass for generous discounts on Cape Town’s top attractions.

You don’t have to know much about plants to appreciate Table Mountain’s rich biodiversity. The 57-square-kilometre area comprising Table Mountain and the Back Table is home to more than 1470 floral species, many of them endemic to the area. The vegetation is mainly endangered Peninsula Sandstone Fynbos, but you’ll also find critically endangered Peninsula Granite Fynbos, Peninsula Shale Renosterveld, and small sections of Afromontane forest.

While leopards once roamed the mountain — but not since the 1920s — the biggest cat you are likely to see (if you are very lucky) is the rooikat (caracal). The mountain is also home to dassies (rock hyrax), porcupines, mongooses, snakes, tortoises, and a rare amphibian called the Table Mountain Ghost Frog. On the raptor front, you might catch a glimpse of jackal buzzards, booted eagles, African harrier-hawks, peregrine falcons and rock kestrels.

Getting up the mountain

The easiest option for getting up the mountain is the cableway, which has attracted a whopping 24 million visitors since it first opened in 1929. Significantly revamped in 1997, the cable-cars now carry up to 65 passengers per trip. The journey up the mountain takes about five minutes and the cars rotate through 360 degrees during the trip, giving you spectacular views of the mountain below. Cars depart from the lower cable station on Tafelberg Road every 10 to 15 minutes, but you can expect to spend a fair amount of time in the queue during peak season. The cableway doesn’t operate if the wind is too strong or the visibility too poor, so check in advance if the conditions seem unfavourable.

While the cableway is convenient and fun, you’ll get a much richer experience by hiking up or down yourself. Platteklip Gorge, a prominent gorge up the centre of the main table, is one of the most popular routes up the mountain. While quite steep, the ascent is pretty straightforward and should take between one and three hours depending on your fitness level. A trickier route starting on that side of the mountain is India Venster, which requires you to do a fair bit of scrambling. This route can take between two and four hours and should only be tackled by those who are fit and are familiar with the route. On the Atlantic side of the mountain, Kasteelspoort, which offers incredible views of Camps Bay, is the easiest route.

There are also longer routes to the summit from the Southern Suburbs. Nursery Ravine and Skeleton Gorge both start in the Kirstenbosch Botanical Garden. From Skeleton Gorge, you can hike along Smuts Track to Maclear’s Beacon, which, at 1086 meters above sea level, is the highest point on Table Mountain. From Constantia Nek, you can take a longer, milder walk up the jeep track to the dams at the top of the mountain.

For more info and maps of routes up Table Mountain, click here. 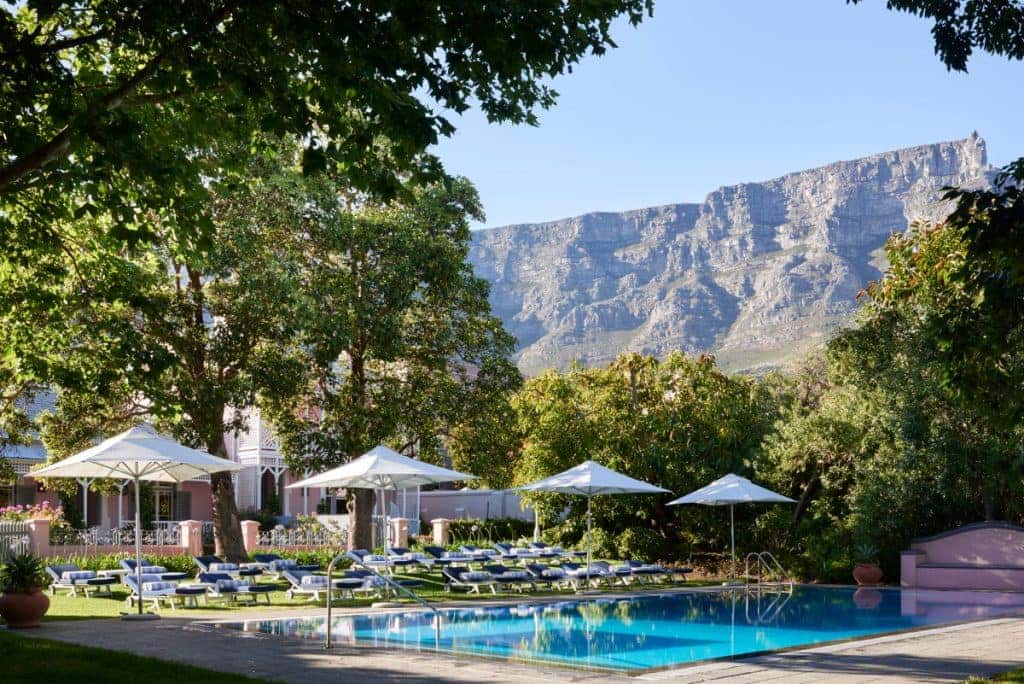 Things to do at the top

The cableway station at the top of the mountain has a curio shop, a shop where you can stock up on snacks, and a restaurant. If you take the cableway up the mountain, but still want to do a little walking, there are three easy walks on the plateau – the Dassie Walk, the Agama Walk, and the Klipspringer Walk. There are also free guided walks that depart – on the hour – from the Twelve Apostles Terrace. Be sure to take along your camera!

If you are hiking up the mountain, the five dams at the top make for great picnic spots. If you head over to the Woodhead Dam, which was completed in 1897, you can even visit the quaint little Waterworks Museum, which houses various items – including an old locomotive – that were used during the construction of the dam.

For the more adventurous, there is the option to jump off a cliff (well, sort of) with Abseil Africa. The abseil experience – 112 meters down a sheer cliff – takes about 45 minutes in total and includes a demonstration, the abseil, and a short hike back up to the top.