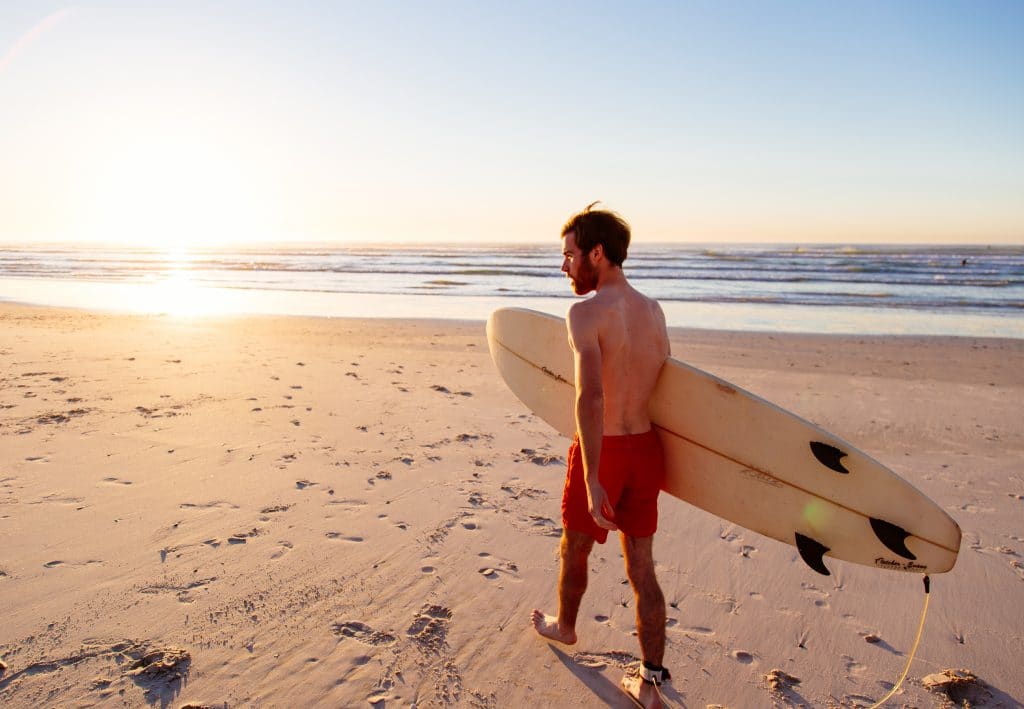 When it comes to surfing, Cape Town is in the unique position of offering surfers great surfing conditions in every direction, virtually all year round. From point breaks to beach breaks and giant reef breaks, the Mother City has options galore for everyone from noobs to pros, no matter how the wind is blowing. The waters around Cape Town are on the cold side, but can warm up a bit during December and January. While summer is surfable, winter is best. Here’s a look at some of Cape Town surfing’s best waves:

Known as Surfer’s Corner and located in False Bay, just 30 minutes south east of the city bowl, Muizenberg is one of the city’s most famous surf spots. Its gentle waves are perfect for beginners, and are a longboarder’s paradise. Muizies goes offshore in a north westerly wind and the small, rolling waves can be ridden almost year-round, cranking up a notch in winter swell. There are plenty of places to rent boards and wetsuits, or even get a lesson or two. There are also a selection of restaurants for a post-surf bite.

Just 15 minutes north of the CBD is the Milnerton Lighthouse, a beach break that has something for everyone. Offshore in a south to south easterly wind, this spot can get a little hairy for beginners when it gets bigger in stronger swell. No boards for hire here, but there are some restaurants around the beach area to have a coffee after a freezing cold surf.

Another beach break that offers fun for surfers of all skill levels, Big Bay is situated just north of Bloubergstrand, up the coast from Milnerton. The wave at Big Bay is a short ride and best in a south or south easterly wind, especially when it gets big. On smaller days it’s also great for beginners. The spot is especially popular with kite surfers. You can rent a board and a wetsuit at the mall on the beach, or grab an after-surf coffee or bite at one of the many restaurants. 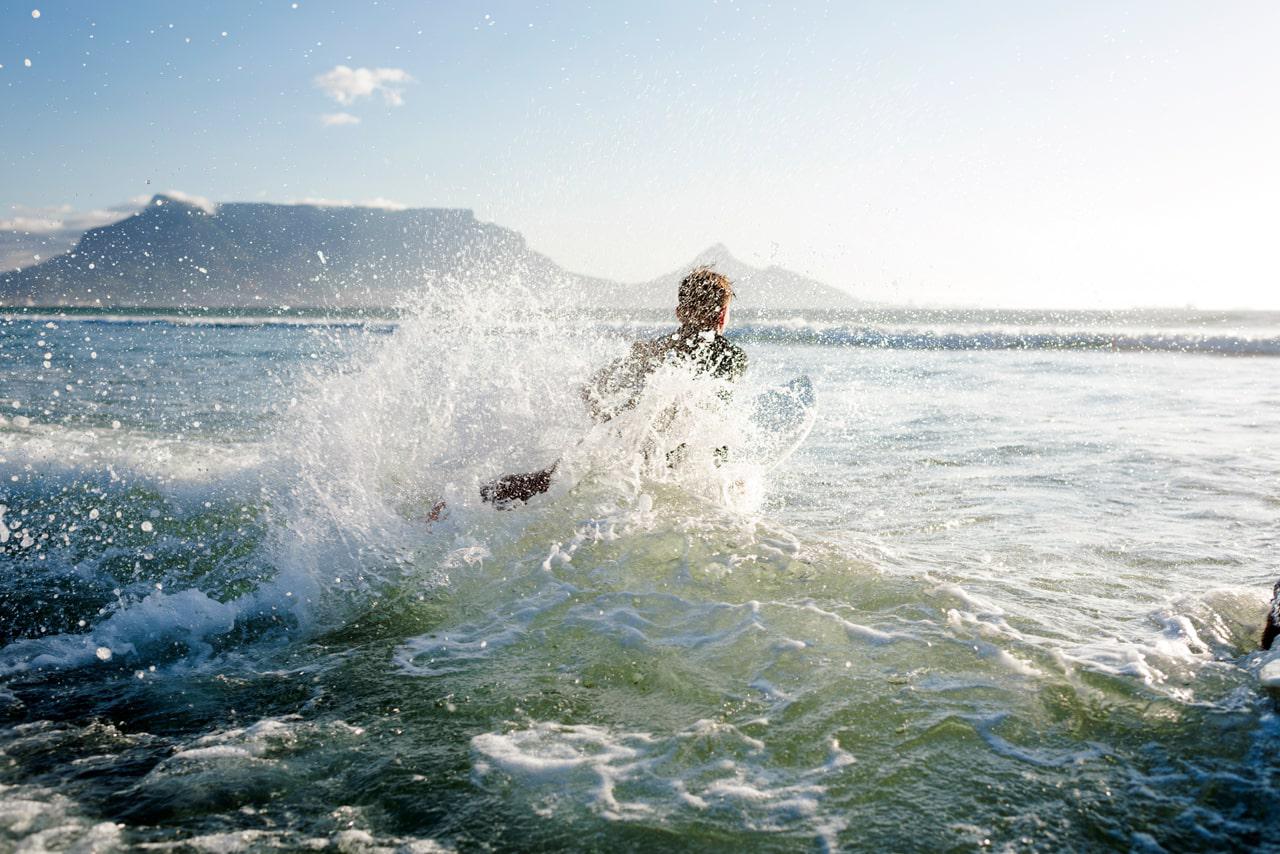 For intermediate to advance surfers, local favourite Long Beach lies south west of the city near the sleepy town of Kommetjie and has some of the most consistent waves in the Cape Peninsula. With decent swell and a south westerly wind, Long Beach has a near-perfect wave that breaks both left and right. Long Beach can get pretty big, so check the surf reports first before trekking out all the way. There are no board rentals or shops on the beach, so bring your own board and something to snack on.

Also one for the intermediate to advance guys, Llandudno is another favourite among locals, and is one of the most scenic breaks in the city. Situated just around the corner from Camps Bay towards Hout Bay, Llandudno is a crystal clear, hollow wave that works in a south to south easterly wind. No board rentals here, but if you’re surfing Llandudno, you probably brought your own board anyway.

If tow-in surfing is your thing, then Dungeons is your wave. A former fixture on the Big Wave World Tour, Dungeons can get big, really big. Waves of up to 60ft have been ridden here, so you really need to know your stuff if you attempt to drop in on this massive right-hander. As with most big waves, Dungeons only works during certain times of the year, but when the waves are pumping you can see many spectators watching from boats as surfers on their ‘guns’ try to tame this beast.