We Will Rock You at Artscape Theatre 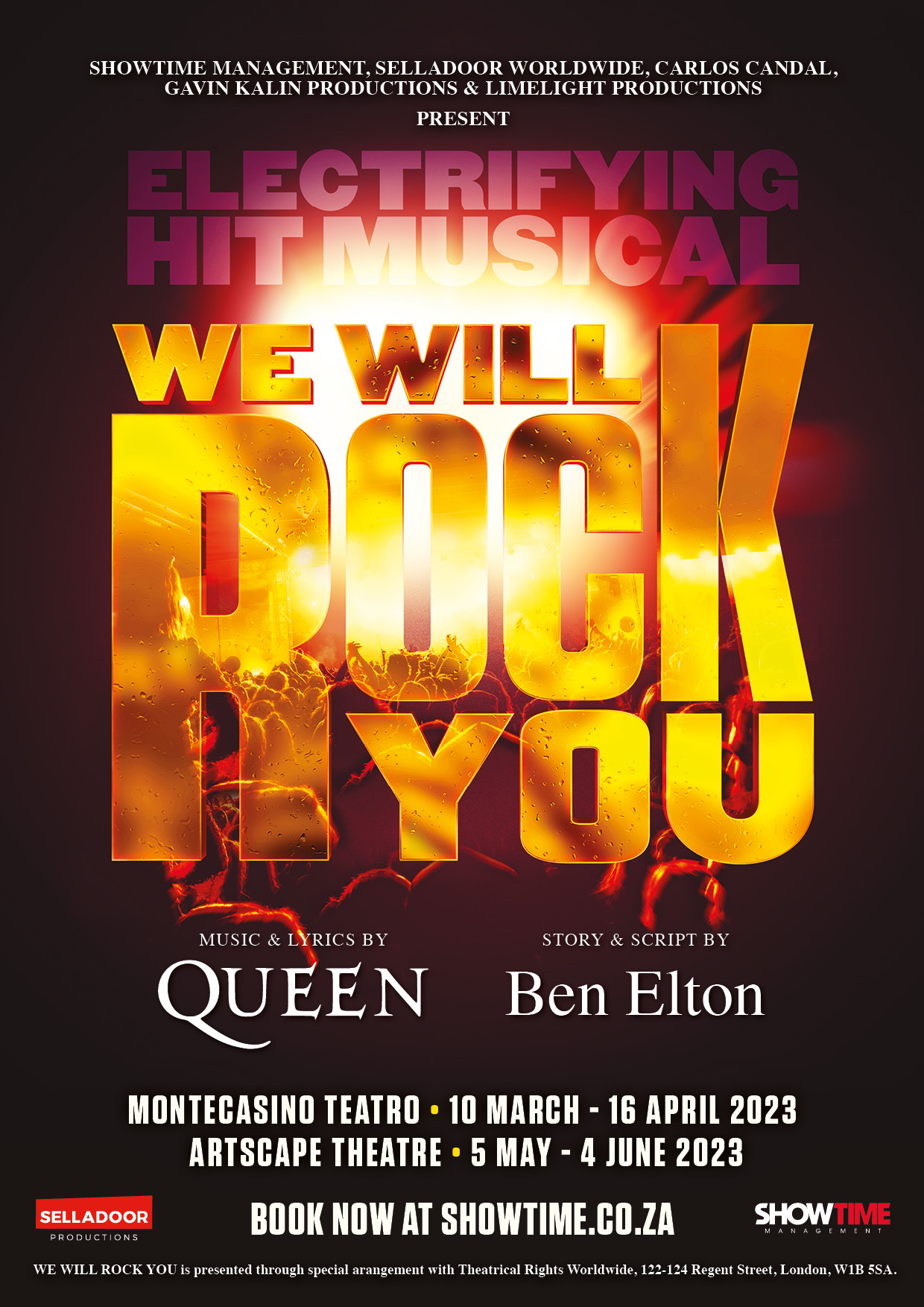 A brand-new production of Queen and Ben Elton’s multi award-winning rock musical We Will Rock You opens in Johannesburg in March 2023, thereafter moving to Cape Town in May 2023, before jetting off for a series of international engagements. Telling the story of a group of bohemians in a dystopian future, We Will Rock You features 24 of Queen’s greatest hits including It’s a Kind of Magic, Crazy Little Thing Called Love, Fat Bottomed Girls, Another One Bites the Dust, We Will Rock You, We are the Champions and mega-hit Bohemian Rhapsody.