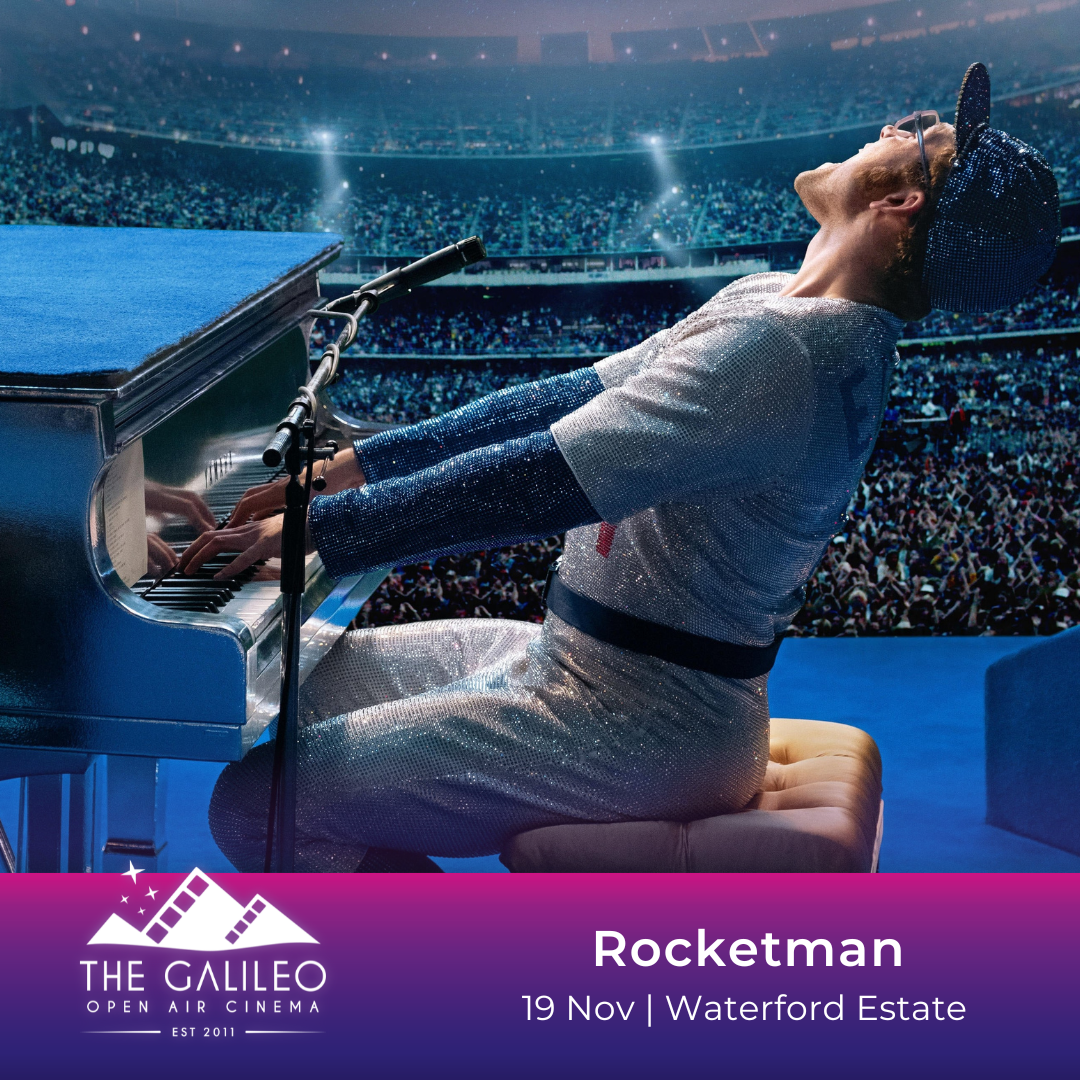 Rocketman is a 2019 biographical musical drama film based on the life and career of British musician Elton John. The film tells the story of John in his early days in England as a prodigy at the Royal Academy of Music through his musical partnership with Bernie Taupin, and is titled after John’s 1972 song “Rocket Man”.
Doors open at 5pm for guests to enjoy a pre-movie picnic on their well-manicured lawns with the majestic Helderberg Mountain as the backdrop.

Tickets are available to book online from *R100 per person (Black Friday Special), with various ticket options available including a VVIP package that includes a luxurious set-up with a Waterford cheese platter and wine.

*No alcohol may be brought into the Estate a full bar will be available: https://thegalileo.co.za/movie/rocketman/