While visiting Cape Town, you might hear locals taking about the Cape Doctor and wonder what they could possibly referring to. If you want to blend in and brush up on your Capetonian slang, read on.

Capetonians love talking about the weather. In most places, weather-talk is a last ditch attempt to break an uncomfortable silence. In Cape Town, it’s taken very seriously. You’ll never pass as a local unless you can speak with authority about when it will rain, how long it will rain for, when to expect a cold front, whether the tip-top of table Mountain is in for a dusting of snow, and most importantly, what the wind is doing.

The Cape Doctor is the name locals have affectionately given the famous south easterly wind that batters our shores from spring to late summer. Most of the time, the south easter is a much-loved feature of the Cape Town summer. Occasionally, though, it does get a little overzealous. Every now and then YouTube videos go viral, showing desperate commuters as they clutch to street poles and walls, chase after hats, and pick each other up after a particularly nasty gust. Thankfully, that only happens maybe once a year,  and Capetonians also have a good sense of humour. See for yourself. 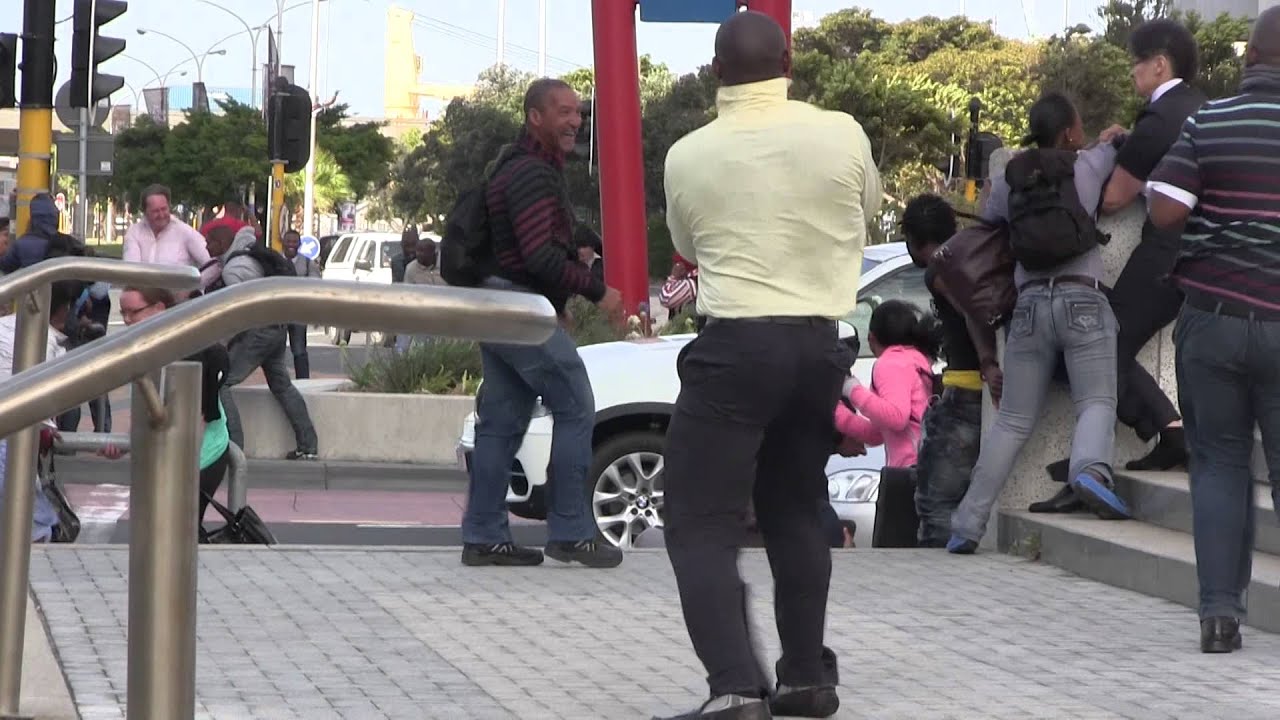 Read about the best time of year to visit Cape Town

What’s in a name

Why Cape Doctor? Well, when the winds funnel down the mountain they sweep the city bowl and the Cape flats clean, blowing pollution and dust far out to sea and leaving nothing but clear blue skies behind. It is also believed by some that it blows away bad vibes and heals the city. Cape Town is left sparkling, happy, and healthy after a visit from the Doc.

When the south easter blows up the mountain it meets colder air at the top, casing condensation. A thick mist forms, known locally as the Table Cloth. As the clouds reach the side of the mountain, they meet warmer air and pour over the edge, rolling down the cliffs before dissipating. It’s a spectacular sight, and it’s no wonder it’s the stuff of legends.

A longstanding myth that you will hear on most city tours is that of the Dutch pirate, Van Hunks. The story goes that he favoured a smoking spot beneath a tree at the top of Devil’s Peak, overlooking the city one day. One day, he arrived to find a stranger in his spot. The stranger claimed he deserved the spot, or only he could smoke without feeling ill. He challenged Van Hunks to a contest for the spot. Never one to back down from a challenge (remember, this fellow climbed a mountain just for a smoke), he accepted. The two puffed and puffed and soon great billowing clouds covered the whole of table Mountain. Eventually the stranger coughed, bending forward to reveal two horns. Van Hunks was shocked to realise he’s taken a duel with the devil, and won. The devil disappeared in a gust of wind. The legend goes that on windy days, when clouds blanket the mountain, it’s because Van Hunks and the devil are going at it again.

Another much older legend also explains the Table Cloth. The San, Cape Town’s very first inhabitants, said that it was a table set by God himself, with a great white kaross (animal skin, such as a cowhide) over the table.

Windy days are perfect for kitesurfing, but they can be irritating for those after more peaceful outdoor activities. But if it’s windy, don’t despair! The South Easter usually ushers in some gorgeous weather, and the days following are often clear, still, and warm. And even when the wind is blowing, it’s actually pretty easy to find a calm spot to enjoy the outdoors even when the wind is howling in the city bowl. Clifton’s beaches are often a good option, as they are sheltered from the wind.

Read more about escaping the wind in Cape Town

If you love South Africa’s Mother City like we do, join our database and stay abreast of all matters Cape Town. From food to flights, hikes to passes, shopping to sightseeing - the Love Cape Town newsletter will have something for everyone. [gravityform id="2" title="true" description="true"]

Groot Constantia, the oldest wine farm in Cape Town, opened a The Groot Constantia shop at the end of 2020 to celebrate the historic wine estate through South African design. Groot Constantia has worked with Platform to introduce a highly bespoke retail offering, where visitors can buy exquisite pieces of…

The 2nd of February marks the day that South Africa’s wine industry was born – 362 years ago in 1659.  Ours is the only country in the world with a recorded official date that marks such an important historic moment, and momentous occasions require momentous celebrations! Every year in February the…