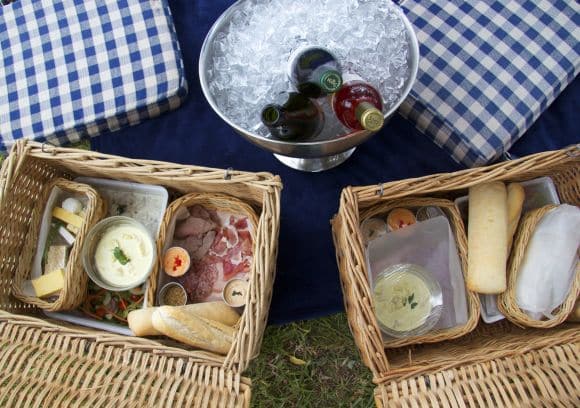 When considering the oldest wine producing estate in the country and easily one of the most well-known and popular, it is easy to forget sometimes how idyllic and serene Groot Constantia actually is, despite the number of feet through the gates.

It’s testimony to the size of the estate, of course, that you can still find those precious spots of grass to put your feet up and enjoy the moment. The latest addition to the wine estate’s offerings is Simon’s Deli, situated next door to Simons Restaurant.

Now, like the rest of the estate, Simon’s Deli is a no small nook in the wall offering a few odds and ends. Nope, the deli offers you a huge amount of delicacies, packed with a smorgasbord of breads, meats, cheeses, pickles, desserts and preserves.

And that’s just the edibles. The drinks, as you would expect, are also on another level with wines and beer, as well as water and soft drinks on offer.

The deli is a gourmet market, a coffee shop or an idyllic picnic provider when one wants to break free from the rat race, it’s up to you to choose which. We recently went with the latter.

For the picnic you can mix and match – You want cheese? They got cheese! You want salami? They got salami! You want… you get the picture – or you can order a pre-packed basket and take the choices out of the equation. There is such an overwhelming amount on offer, you may want to go the pre-packaged route like we did.

As somebody who tends to get lost in choices, I went for the gourmet option, because why would you not? It’s gourmet! It may have been prepped for two, but in reality it could have fed four people, so my kids lucked out and had my dessert for supper (brownies on a school night!).

Drinks are extra and I was desperate to give their 2013 Chardonnay a try, but alas after winning an award for being the best in the world, there was understandably none to be found. We should have moved faster I guess. I settled instead for a bottle of the Sauvignon Blanc, which proved to be an inspired choice, and went down a treat with the assortments of meats, cheeses and breads.

It was an ideal way to spend a midweek day’s afternoon. Because despite being close to the city – around 15 to 20 minutes by car – you will quickly forget about that proximity to the urban grind as the tranquillity of the estate, the age-old architecture and natural warmth of the surroundings transports you to another state of being.