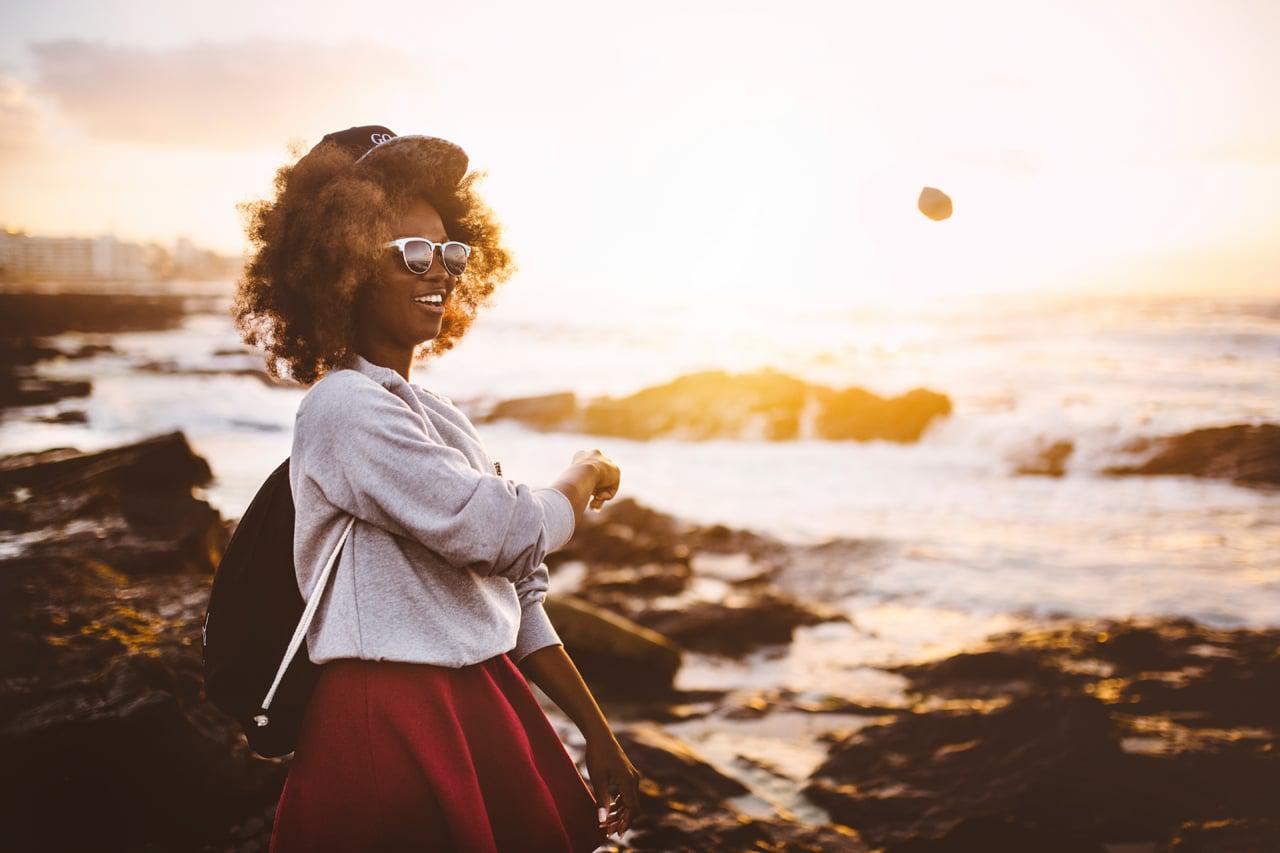 Cape Town has been home to a huge number of influential women who made their mark on the history of the city and the country as a whole. Here are the stories of eight women who shaped Cape Town’s history.

Krotoa was a Khoi translator working for the Dutch in the mid 1600s, when the Cape was first colonised. When she was only 10 or 11 years old, she was taken to work as a servant in the home of Jan van Riebeeck, the colony’s first governer. She learnt Portuguese and Dutch, and was tasked with trading goods with her community for the Dutch settlers. It was hard for her to straddle both cultures, with loyaties torn between the settlers and her family and community. She was considered a traitor by many Khoi, especially as their relationship with the Dutch soured. She died at 32 and was the first South African to receive a Christian burial at the Castle. Her remains were later exumed and she was buried at the Groote Kerk.

Watch the trailer of the 2017 film, Krotoa, below.

Catharina was a German woman who played a huge role in many aspects of Cape Town’s history. At 22 years old, she boarded a ship destined for South Africa, disguised as a man. She arrived in the Cape in 1662. She married a man named Hans Ras. On their wedding day, Hans was stabbed, but survived. However, just a short while later, he met his end when he was attacked by a lion. By all accounts, Catharina leapt onto her horse and hunted the lion down, shooting and killing it that same day. She was married a further two times, with further tragic endings: one was killed by tribesmen; another was trampled by elephants. Now a single mother of four, she realised marriage wasn’t the security she needed and she set out to own land. She approached the governer of the Cape, Simon van der Stel, and he gave her the land that is now home to Steenberg Wine Estate. This move pioneered private land ownership in Cape Town, and established one of the oldest wine farms in the Cape.

Cissie Gool was born in Cape Town in 1897, and would go on to become a prominent anti-apartheid activist and politician. Known locally as “The Jewel of District Six”, she founded the National Liberation League and was involved in founding the Non-European United Front too. In 1938, she was elected to represent District Six on the Cape Town City Council, making her the first woman of colour to serve in local government. She was also the first women of colour called to the Cape Bar. Her memorial, made up of granite bollards, is located on the corner of Buitenkant and Plein Streets, and a mosaic in her honour can be found on the corner of Longmarket and St George’s Mall.

Antjie Krog was bron in 1953, and has been a part of some of South Africa’s most important moments in history. She won the Pringle Award for excellence in journalism in 1993, for her work reporting on the Truth and Reconciliation Commission which took place at the end of the apartheid era. She’s published a number of books, including Country of my Skull, as well as prose, poetry, a play, and children’s verse. In 2004, she began to teach the Creative Writing course at the University of the Western Cape. We look forward to the next generation of incredible writers.

Anna Tempo was born in the late 1870s. Her parents were slaves who had been taken as children in Mozambique, and spent her youth in Worcestor. She was taken into the service of a Christian woman named Ms Schreiner, sister to the writer Olive Schreiner. Together they travelled, conducting missionary workshops, until her benefactor died. Anna Tempo returned to Cape Town in 1914, and dedicated herself to social work. She became particularly involved in protecting destitute women, including sex workers, and her work led her to found a “Rescue House” for these women. In 1937, she was honoured with a King George’s Coronation Medal for her incredible work.

Olive Schreiner was a novelist, feminist, and human rights activist who moved to Cape Town in 1889. In 1898, her worsening health meant she had to move to Johannesburg. During her time in Cape Town, hoever, she became involved in politics, which led her to work with Cecil John Rhodes. Their relationship soured after he passed the “strop bill”, which allowed black and coloured servants to be flogged for minor transgressions. She has published a number of important works, including The Story of an African Farm, which is widely recognised as one of the first feminist novels.

Lady Anne Barnard was born in 1750, and although she only lived in the Cape for five years, her influence was remarkable. She was the first European woman to climb Table Mountain, accompanied by naval officers, servants, and slaves, who carried provisions for her. She wrote letters and journals during her stay here, which were published in 1901 under the title South Africa A Century Ago, making her the first women to write about Cape Town. She built the first “English-style” house in the Cape too, which today is the Vineyard Hotel in Newlands.

Irma Stern’s artwork is the most valuable in South Africa, with pieces fetching up to R30 million. She was born in 1894, and spent some of her childhood in Cape Town before her family moved to Germany. She studied art while there, at the Weimar academy, before returning to Cape Town in 1920. Her work was considered provocative and even immoral at the time, with one reviewer in the 1920s penning an article titled, Art of Miss Irma Stern – Ugliness as a cult. Despite the intense criticism, she forged an art career for herself and became very well-known even during her lifetime. She died in 1966 in Cape Town, and in 1971, the Irma Stern Museum was established in Rosebank.