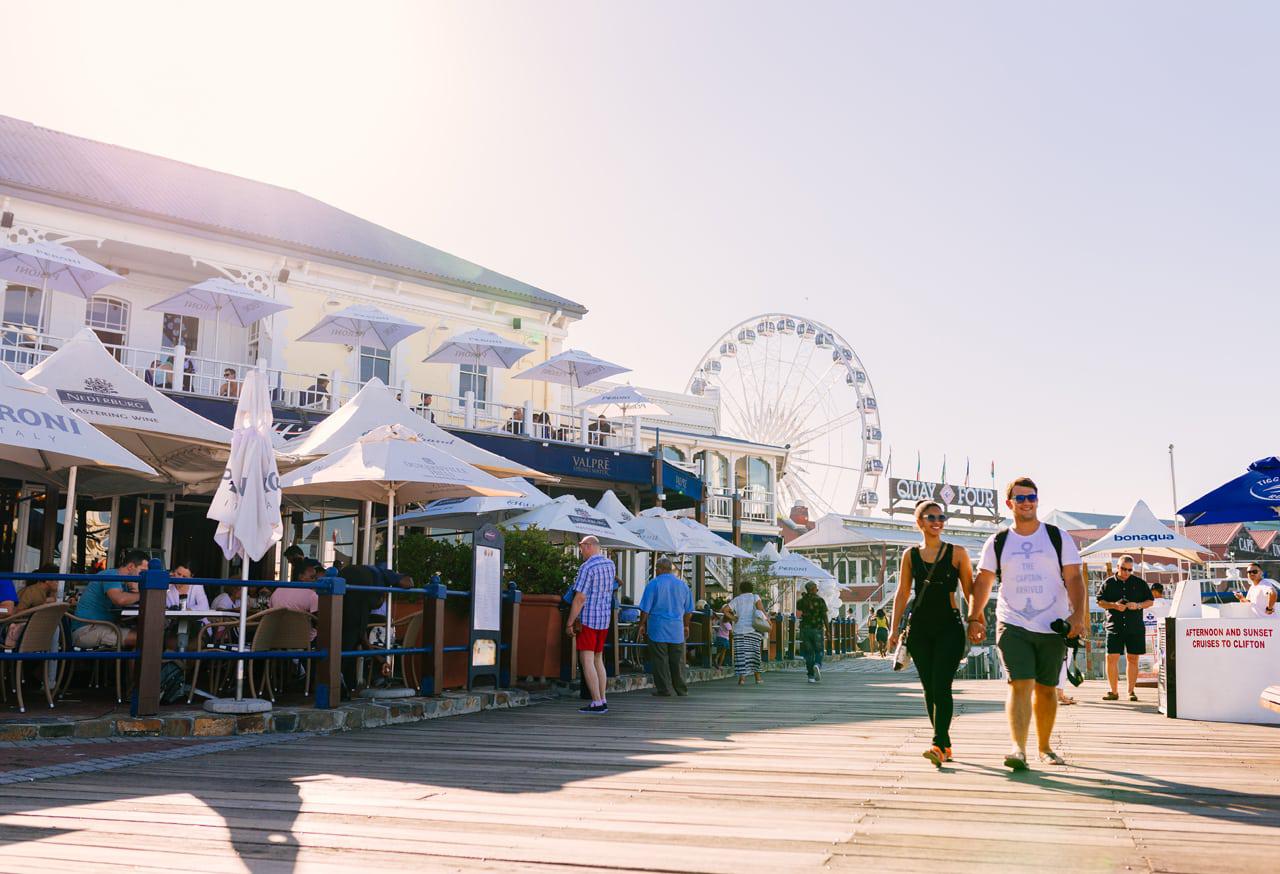 The V&A Waterfront, which attracts roughly 24 million visitors each year, is South Africa’s most-visited destination. This is hardly surprising when you think about how much it has to offer!

While it is still technically a working harbour – you’ll no doubt catch a glimpse of fishing boats and container ships – the V&A Waterfront is more frequently thought of as a shopping destination. Covering 123 hectares (think: 180 rugby fields), the V&A Waterfront is divided up into five shopping districts: Victoria Wharf, the Watershed, The Alfred Mall and Pierhead, The Clock Tower, and Breakwater Point. With more than 450 stores, you’ll find everything from local designers to big international brands. For crafts and local talent, make sure you pop into the Watershed, and, if it’s art or jewellery you’re after, head over to The Alfred Mall and Pierhead.

All that shopping is likely to work up an appetite, and the myriad restaurants, coffee shops and fast-food outlets will keep you fuelled. Of course, some of the restaurants and bars are reason enough to visit the V&A Waterfront. The majority of the restaurants at the V&A Waterfront have excellent views of the harbour, and those that don’t – such as Willoughby & Co – make up for it with top-notch food. (Really, the sushi is hard to beat!) If you after something a little more relaxed, head over to the V&A Food Market where you’ll find regional delicacies, artisanal breads and cheeses, craft beers, vegan treats, and biltong. It’s foodie heaven! If it’s a hot day – or even if it’s not – make sure you swing by The Creamery for a scoop of the best ice-cream in town.

For sundowners, you’ll want to try the Grand Café & Beach or the trendy Shimmy Beach Club, where the beautiful views vie with the gorgeous patrons for your attention. Bascule Bar at the Cape Grace hotel offers a sophisticated whisky-tasting experience, and Belthezar on Victoria Wharf reputedly has the widest selection of wine by the glass in the world! 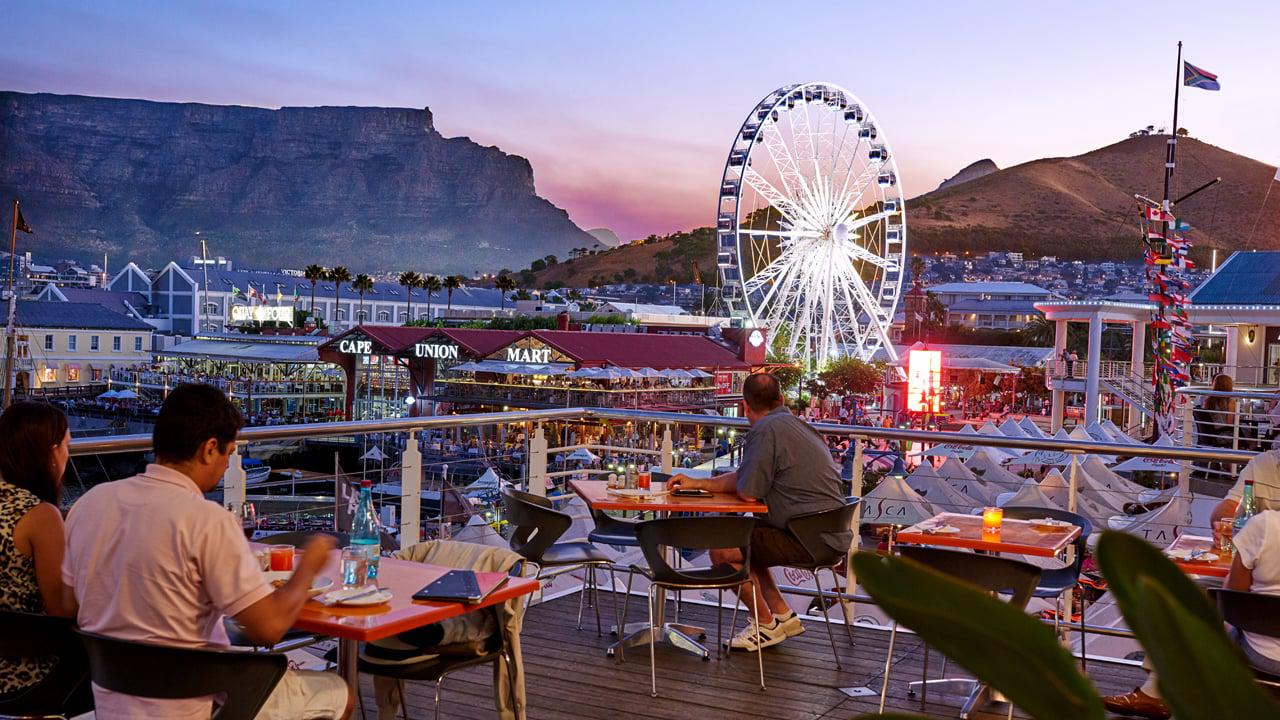 The V&A Waterfront isn’t all about rampant materialism and hedonistic pleasures (although the number of world-class spas would suggest otherwise); there is also a little something for the history buffs. The waterfront is named after Prince Alfred, who began construction on the harbour in 1860, and his mother Queen Victoria. The V&A Waterfront encompasses 22 landmarks, including the Chavonnes Battery Museum, which dates back to 1725 and is the harbour’s oldest heritage site. You can opt to do a self-guided walking historical tour, which starts at the Information Centre, or you can take the 90-minute guided tour that departs daily from the Chavonnes Battery Museum at 11am and 2pm.

Check out the infamous Breakwater Prison (dating back to 1860), the Robinson Dry Dock (one of the oldest operating dry docks in the world) or brush up on your marine history at the Iziko Maritime Centre. For something a little more recent, visit Nobel Square, which boasts bronze sculptures of South Africa’s Nobel Peace Prize winners, or the Springbok Experience Rugby Museum, which immerses you in the history of the boys in green and gold.

For the kiddies, there’s the Two Oceans Aquarium, where you’ll find a penguin exhibit, a predator tank, and a mystical kelp forest. Your little ones will also love The Scratch Patch, where they can pick out their favourite gemstones, and the 18-hole putt-putt course next door. Before you head home, treat your inner child (or your actual kids) to a ride in the Cape Wheel – the views of the city are spectacular!