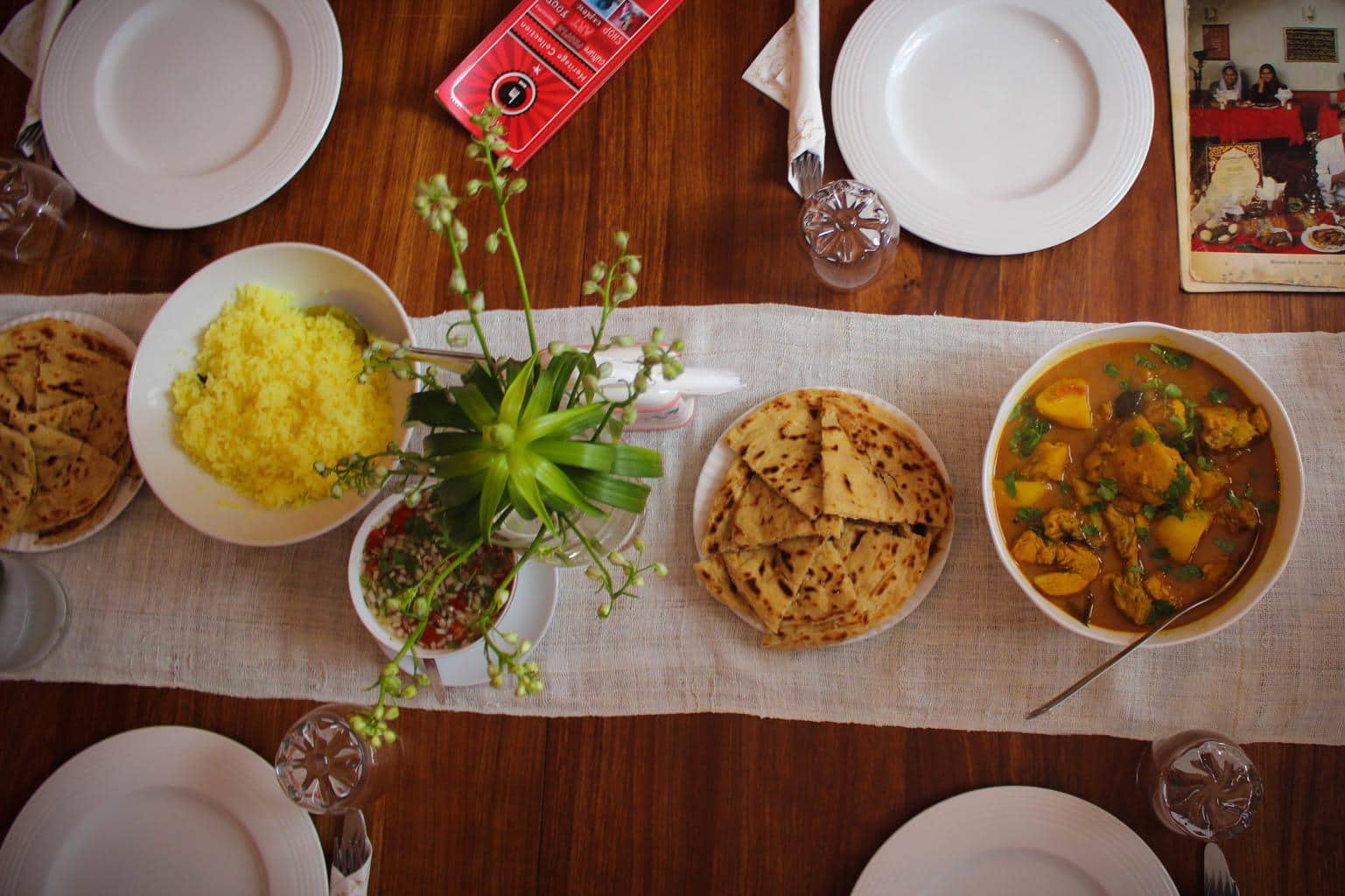 By far the most memorable thing about the Bo-Kaap is the food. It’s all about aromatic spices, colour, and love in a Malay kitchen. There’s something about the careful folding of samoosas, kneading of buttery dough, and the bubbling of a pot of curry that brings people together. But if you really want to understand Malay food, you’ve got to get into the kitchen.

The Bo-Kaap Cooking Tour begins at the Bo-Kaap Bazaar, where Zainie Misbach waits. Her arms are folded and her hair is tucked beneath a salmon headscarf. She watches as the group bustles about, eyeing the products and photographing the scene—the colourful houses, the spice racks, the cobbled streets—before gathering everyone together for an introduction and the first stop.

The tour starts next door at the overwhelming Atlas Trading Co. It’s a feast for the eyes: red, orange, yellow, brown ground spices are piled up to the ceilings, alongside bags of rice and flours ranging from wheat to pea. Zainie moves through the store with purpose, pointing out Garam Masalas and pea flours and Dhania and cumin, and explaining the flavour profiles that make up each dish. She picks up bunches of fresh herbs and prods at bags of dried legumes, and the air is an intoxicating mix of aromas: the first inkling of what’s to come. 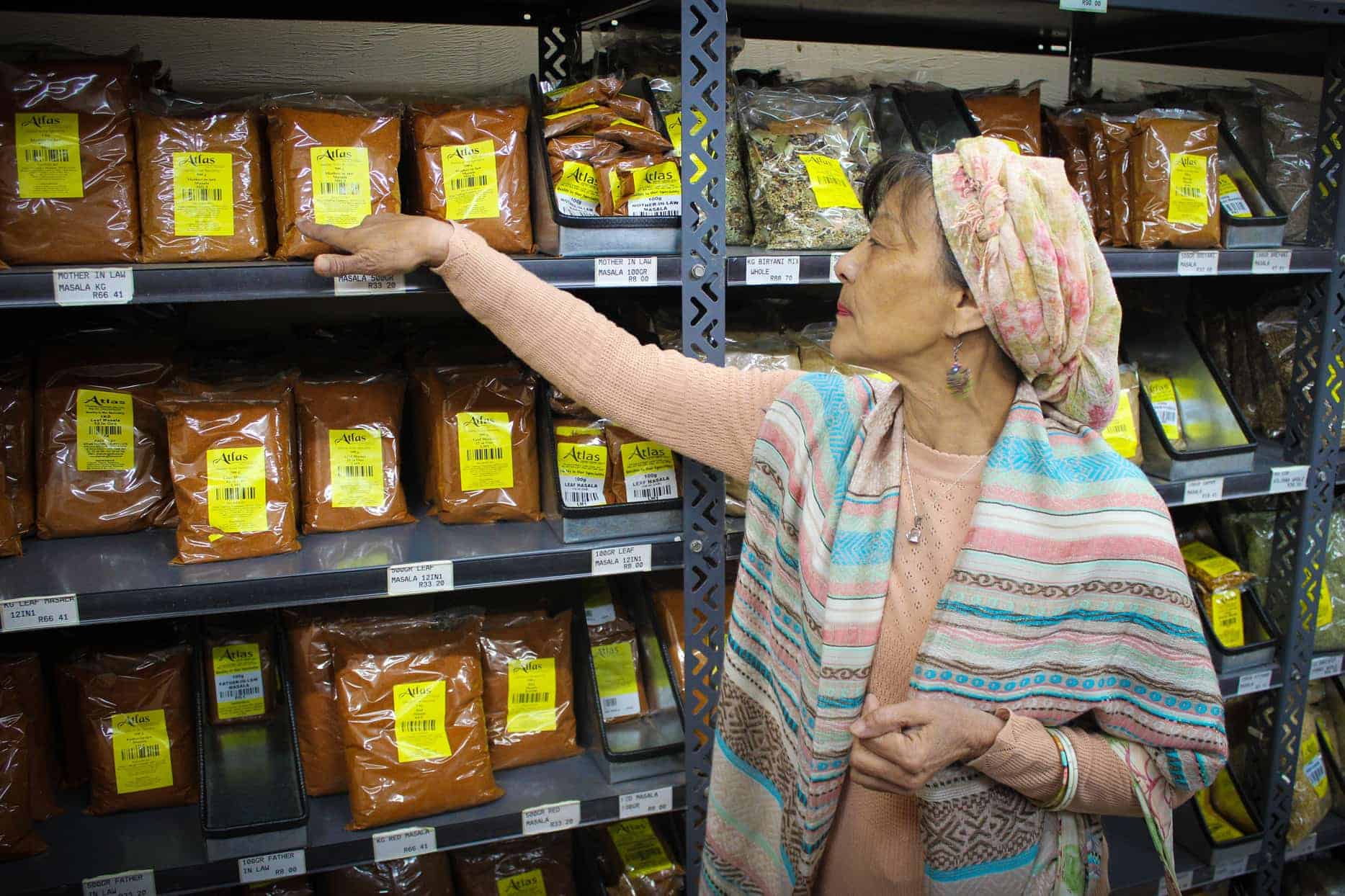 Zainie looks over at her son, who has been quiet until now, and gives him the go-ahead. He sets off, grabbing bags of rice and stocking up on spices, while the rest of the group moves on for phase two.

Next, Zainie leads us up to the famous Wale Street Arch, emblazoned with murals depicting the loves of those who originally inhabited to Bo-Kaap. They were brought here in the 1600s from Indonesia, Malaysia, Jakarta, and a number of other places, by the Dutch East India Company. The slaves brought very little with them, but what they brought has had a lasting impact on Cape Town’s cultural landscape: Islam and the Cape Malay cooking style are as integral to the Mother City as her mountain.

From here, we turn down Chiappini Street. This is the Bo-Kaap from the postcards: rows of multicoloured houses stand side-by-side along the steep cobbled streets. Locals lean over the balustrades, watching tourists to-ing and fro-ing. Zainie explains how during apartheid, the locals were only allowed to rent their homes, and not own them. The houses were poorly maintained and drab. As apartheid drew to a close, they were finally permitted to own the homes, which was cause for celebration. Like any celebration, it needed a touch of colour—and so the Bo-Kaap’s character came to be. 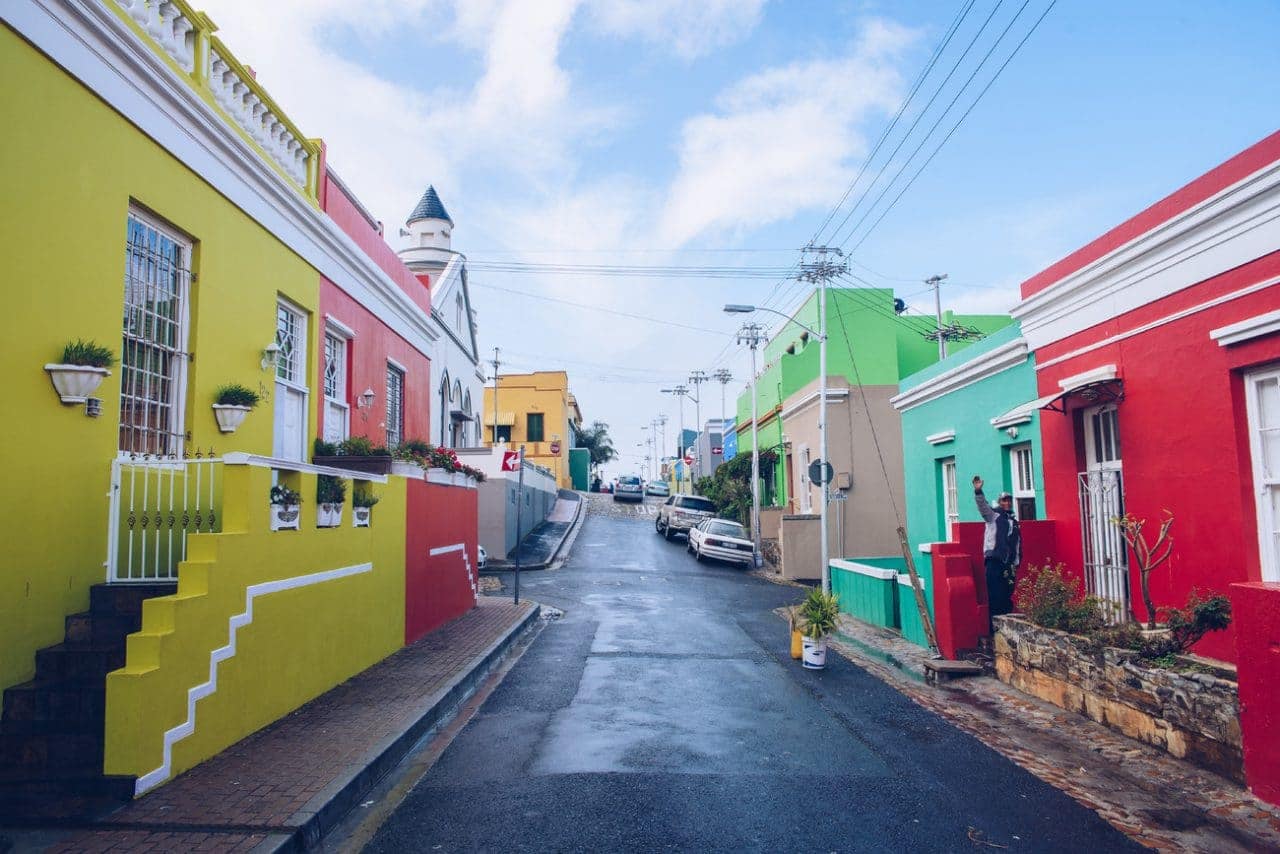 The next turn takes us to a quieter part of town, but no less pretty. We pass a mosque, and the scent of bubbling curry drifts out of the homes lining a street. This is the Bo-Kaap.

Zainie’s home is brilliant blue, with neat potted plants growing outside. Inside is cosy and neat, and we all take a seat and enjoy a cold glass of water. 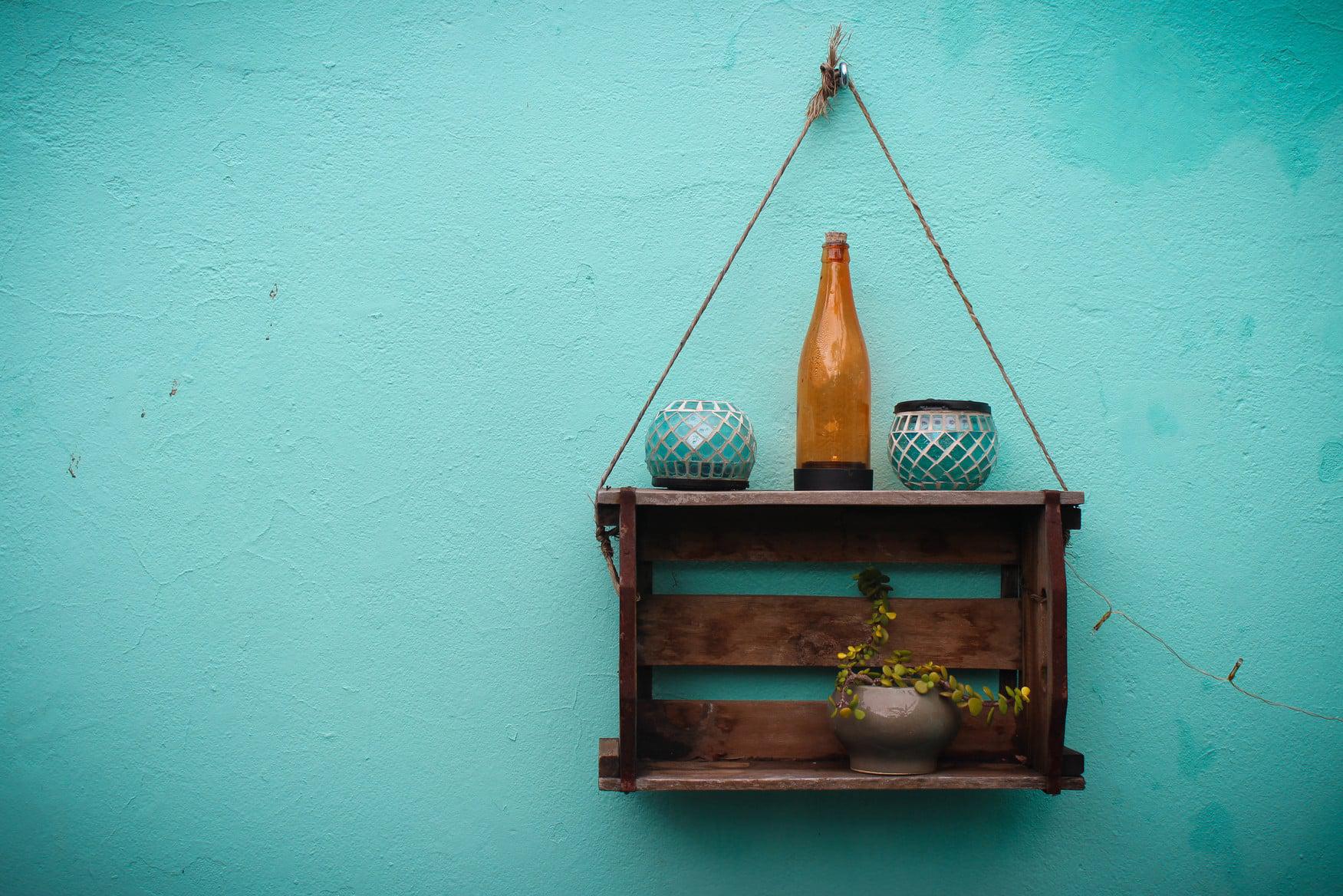 There’s a 5 minute break before the cooking begins: there’s a lot to prepare. First, it’s time to mix the spices. She works methodically, guided by years of experience and a genuine love for the intricacies of cooking. She blends spices by the teaspoonful, working with a methodical kind of guesswork. The colourful powders heap up in a cup; into the pot they go. The kitchen fills with the rich aromatics of curry in a matter of seconds, as steam rises from the large pot. Next, chicken pieces are coated in the spice, covered in liquid, and the yellow-gold curry sets to work bubbling. 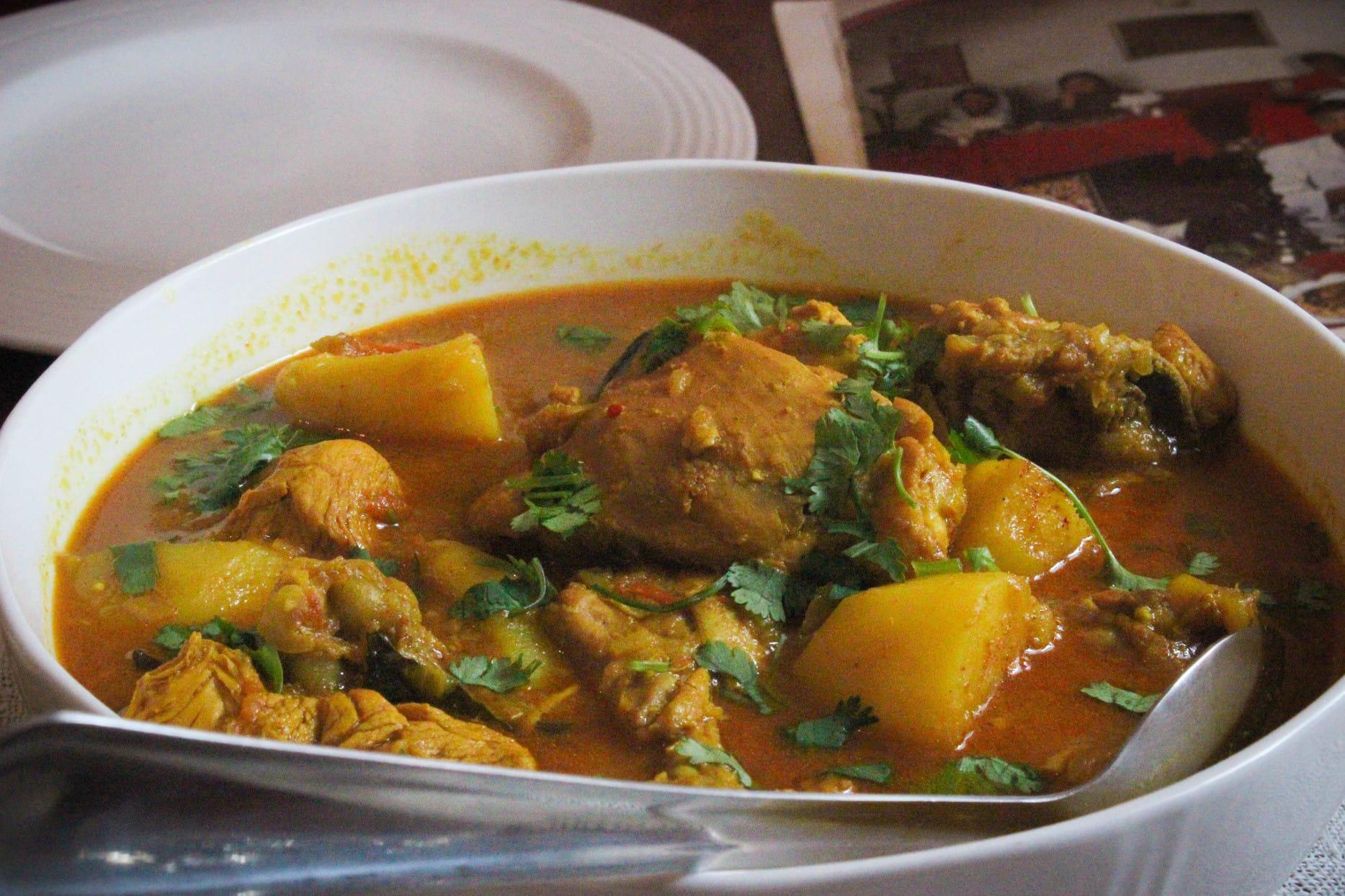 A good Malay curry is worth writing home about, but what really brings a Bo-Kaap meal to life is the snacks. First up are the daltjies, or chilli bites. These are hard to explain to those who haven’t had them: a deep-fried dough ball containing spinach, herbs, onion, and spices. We roll the dough onto the right shape and submerge it in hot oil where it turns a satisfying golden brown. Next, samoosas. The delicate pastry requires your full focus. Leave a single gap in the corner, or make a tiny tear, and oil will run inside ruining the spiced filling. It’s meticulous work, and the group is all furrowed-brow and determination. It’s worth it: the fried triangles are crunchy and flavourful. Zainie disappears with the off-cuts, and reappears with a homemade version of Paaper bites: thin pastry, deep fried in oil and generously spiced. They taste a little like potato chips but better, and still warm from cooking. 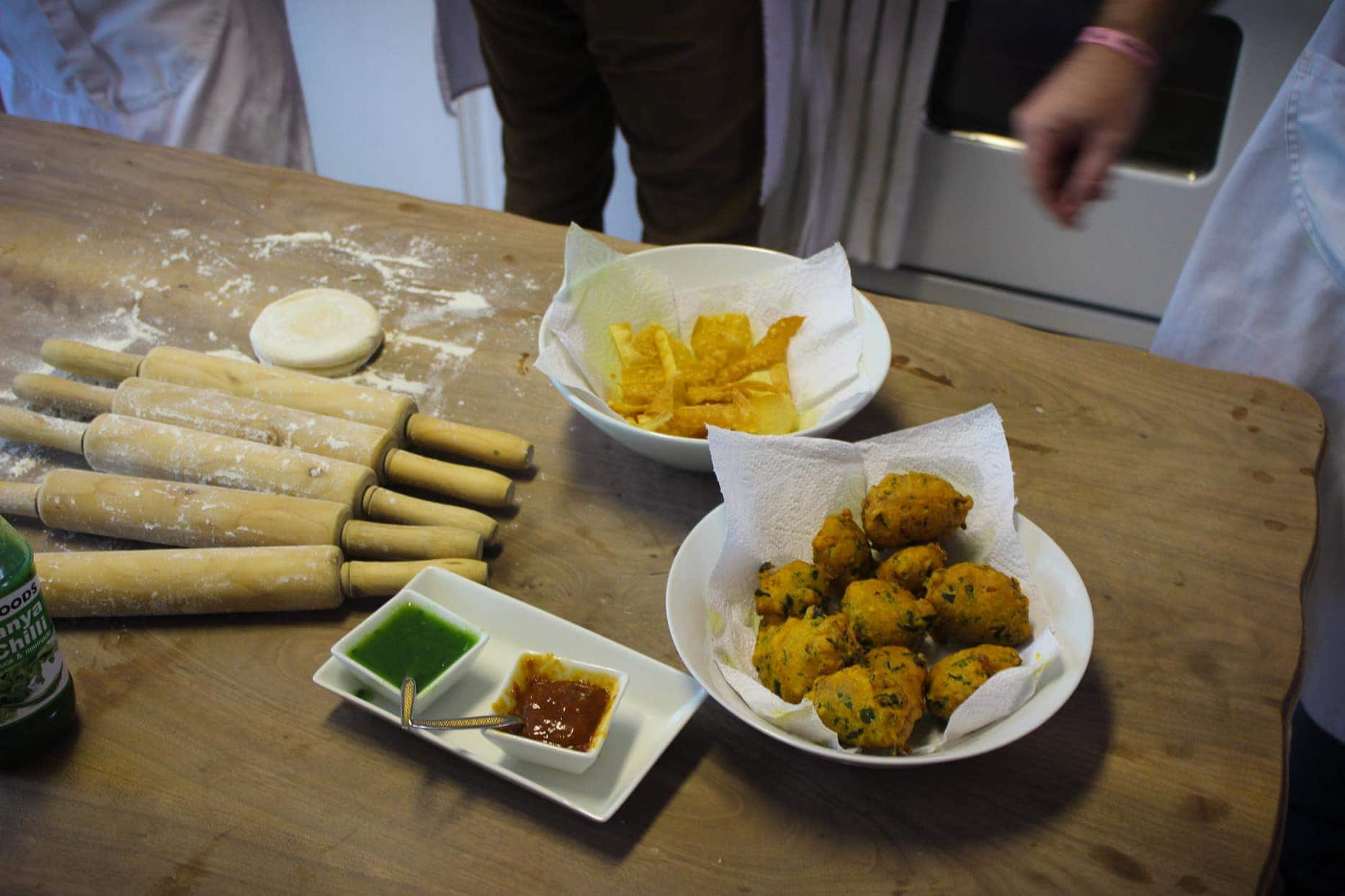 The snacking commences, and it doesn’t stop until Zainie starts rolling out the dough for the rotis. Rotis are similar to wraps, only they’re interspersed with layers of butter much like how you’d make puff pasty, to give an almost flaky texture. They’re an involved process: mixing, kneading, making into balls, rolling, covering in oil, frying, flipping. This is a recipe for those who find joy in the sheer mechanics of cooking. 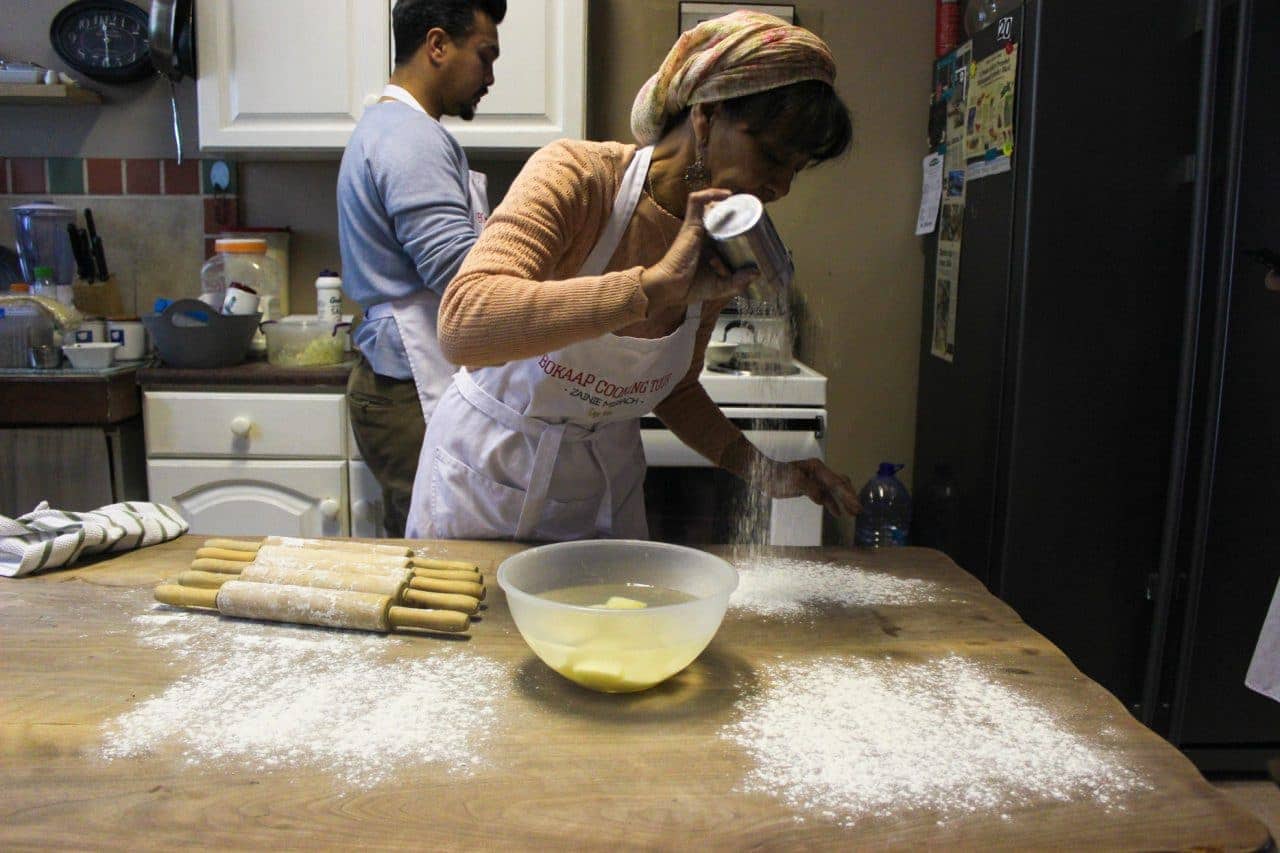 The tour begins to slow down, and soon the group ditches the aprons and settles around the table. Crystal glasses are topped up with juice and water, and platters arrive for us to enjoy. This is the end of the tour; the eating and the talking. But in so many ways it’s a beginning. This is where nutrition and conversation and tradition and love collide. This is the Bo-Kaap.