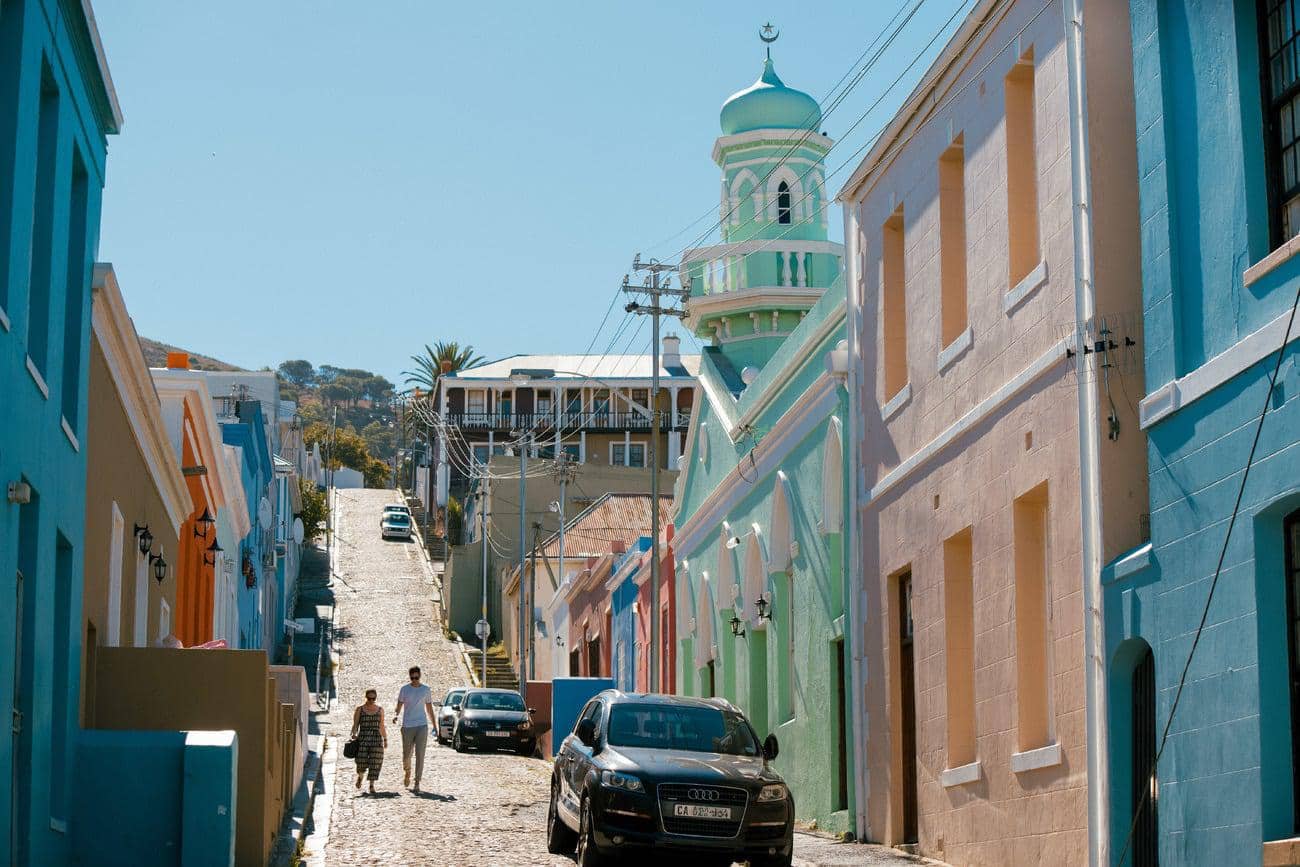 Cape Town is a melting pot of culture, and one of the most important groups to shape the city’s history is commonly referred to as the Cape Malay. It’s a contentious name—people both inside and outside the community have objected to the term’s inaccuracy, and to the fact that it really originated as a term used to racially classify people under the oppressive apartheid regime. To fully understand the cultural background of these people—and Cape Town today—here’s a look at how the culture arrived, evolved, and became one of Cape Town’s unique and distinct cultural groups.

It all begins in 1652 when the Dutch arrived in the Cape to establish a port for their vessels to stop at on their way to the East Indies. The Dutch needed labourers for the growing port and began bringing in slaves from their colonies in the Indonesian archipelago, as well as parts of Africa. These slaves were the first to bring Islam to the Cape and included political dissidents opposed to the Dutch presence in Southeast Asia.

From tragic beginnings, Cape Malay has emerged as a strong culture of its own distinct from the Asian, African, and Dutch cultures that have influenced it. The community has a tumultuous history ranging many years, from fighting slavery to resisting their classification under the apartheid government, and playing important roles in the struggle against the unjust former regime.

The Cape Malay community are predominantly speakers of Afrikaans, with very few speakers of Malay languages left. This switch can be traced back to 1815 when Afrikaans started to supersede Malay in Muslim schools in South Africa. This lead to an intriguing linguistic development—in fact the first written Afrikaans was penned using the Arabic alphabet, leading to an ‘Arabic Afrikaans’ that was the language of instruction for Muslims in the Cape.

Cape Malay culture has had a big influence on the development of Ghoema music, a genre that draws on dozens of styles including reggae, big band, and calypso to create a uniquely local sound. Cape Malay choirs are also known for their style of singing; their performances of the nederlandslied, a song style of Dutch origin, have captivated local and international audiences alike.

Tweede Nuwe Jaar, which literally means “Second New Year”, is rooted in the slave history of Cape Town. Muslim slaves were only allowed a single day off work a year, and they used the opportunity to celebrate. Tweede Nuwe Jaar is a celebration that happens on the 2nd of January each year and is one of the biggest events in the City. Performers known as the Kaapse Klopse don colourful suits strut their stuff through the streets, and the centre of Cape Town becomes a huge street party for the day.

Food is an incredibly important part of Cape Malay culture. Local delicacies include aromatic stews and curries, lamb and fish, sosaties (kebabs), pickled vegetables, as well as a host of spicy pastries and boeber, a sweet sago and vermicelli beverage.

The Khalifa or Ratiep is a mystical Sufi practice, a sword dance where participants strike themselves with swords as a demonstration of the power of their faith. It is practised at special events and has been showcased at the local arts festival Infecting the City for visitors to witness.

The Bo-Kaap is a beautiful, colourful neighbourhood near the city centre. Its origins as the Cape Malay quarter date back to the late 1700s when houses were built for slaves to be close to the city. It’s one of the few neighbourhoods that successfully resisted forced removals during the apartheid era, and has retained a lot of its original character.

These days it is one of Cape Town’s most picturesque attractions, with bright, pastel-coloured houses and cobbled streets. The Bo-Kaap Museum is housed in the oldest building in the Bo-Kaap and is a great place to find out more about the history and culture of this special area. It is also home to the Auwal Mosque, the first and oldest mosque in Cape Town, built in 1794.

District Six was a vibrant mixed-race area that had a large concentration of Cape Malay people. In 1966 the apartheid government declared it a ‘Whites Only’ area under the tyrannical Group Areas Act, and most of the original inhabitants of this area were forcibly removed to the Cape Flats.

After the fall of apartheid, many of the original residents were financially compensated for their losses but many are still in the process of trying to reclaim land in the area. The District Six Museum was built to restore and preserve their history, and showcases the lives and community of the people of this community.

Kramats are the tombs of Holy Men of Islam that have died at the Cape, many of whom played important roles in the development of the Muslim community in Cape Town. These kramats form a rough ‘holy circle’ around Cape Town and can be found in Constantia, Oude Kraal, Macassar, the Bo-Kaap, Signal Hill, and Robben Island. Many people visiting the city make a pilgrimage to these sites to show their respect.