Home Blog All aboard the City Sightseeing Sunset Bus
By Charles Human, September 14, 2018 Posted in: Blog

Spring has arrived, and one of the surest signs that summer is coming is the sight of the red open-top buses climbing the winding road to Signal Hill. Signal Hill is Cape Town’s most coveted sundowner spot, with panoramic views of the ocean, Table Mountain, and the City Bowl. As the winter chill fades and the days get longer, make sure you get your hands on a ticket for the Sunset Bus.

Get your tickets from City Sightseeing now

The bus leaves in the early evening from the V&A Waterfront, and the only stop is at the summit of Signal Hill. The tour winds its way along the Atlantic coastline at a leisurely pace, in true Capetonian style. It then starts the slow climb to Signal Hill, along a stunning elevated route that offers incredible views of the Atlantic Ocean. As the sun sinks to meet the water, the tour arrives at it’s stop, where you can disembark for a sundowner picnic.

Check out the video below for a taste of what to expect. 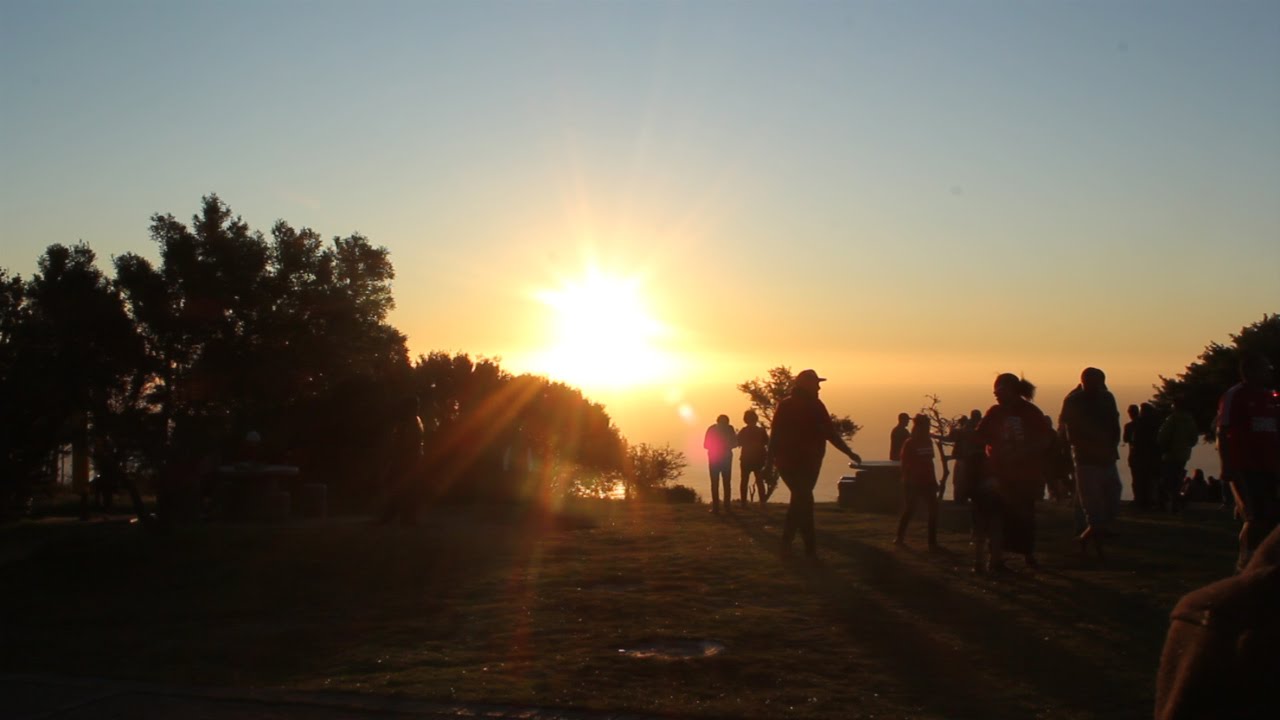 Singal Hill is an iconic part of the Cape Town skyline, jutting out from the side of Table Mountain. It’s home to the Noon Gun, which fires at midday every day. It’s one of Cape Town’s oldest traditions. The gun was originally used to signal the arrival of ships in the harbour. Farmers would haul their wares down to trade with the sailors, who restocked their ships with fresh produce. The gun has gone off since 1806, and a second gun is always prepared in case of a misfire. Rumour has it the gun only failed once in those two centuries—because a spider interfered with the trigger. While you won’t hear the gun going off at sunset, you will see this historic site, along with some truly spectacular views.

While summer evenings can be quite balmy, bring a warm layer for the open-top bus. The wind can have a light chill even on warmer days. Picnics and drinks are not included in the tickets, which means you’re free to bring along whatever you like! Stock up at one of Cape Town’s great delis and bring your spread to enjoy as the sun goes down. Don’t forget a blanket and remember your camera, because these are views that inspire the photographer in everybody.

Make sure you plan ahead and get your tickets early, because it’s a very popular tour. Tickets are available online or at City Sightseeing’s ticket office at the departure point opposite the Two Oceans Aquarium in the V&A Waterfront. Get there early, at least 30 minutes before the

The tour departs from Stop 1 at the V&A Waterfront only. You can connect to the route by using the “Green route” shuttle from stop 5 at 5pm. The departure time is 5:30pm in October, March and April, or 6pm in November, December, January, and February. From 22 December to 6 January the tour does not run, so please check online before booking.

Note that this is not a hop-on-hop-off tour: the only stop is Signall Hill. Allow approximately 3 hours for the trip. Traffic to Signal Hill can be heavy, so delays in the the return time are possible.

South African National Parks advised customers that it has not opened for overnight accommodation as per Level 3 lockdown regulations on leisure and interprovincial travel. Day self-drives in national parks continue to be permissible for residents of the various provinces that the respective National Parks are located in; visitors are…

Capetonians are known for their laid back attitudes and love of great food and drink, especially if it’s locally produced. And with the recent surge in popularity of community markets, there’s something for every taste and flavour, every day of the week. Food markets in Cape Town are a big…

Just an hour from Cape Town lies Imhoff Farm, an all-in-one destination that offers everything from adventure, cuisine, kid-friendly activities and art. The farm, known as one of the Cape Peninsula’s original farms, dates back to 1743. EXPLORE Perfect for a scenic road trip, a visit to Imhoff Farm showcases…